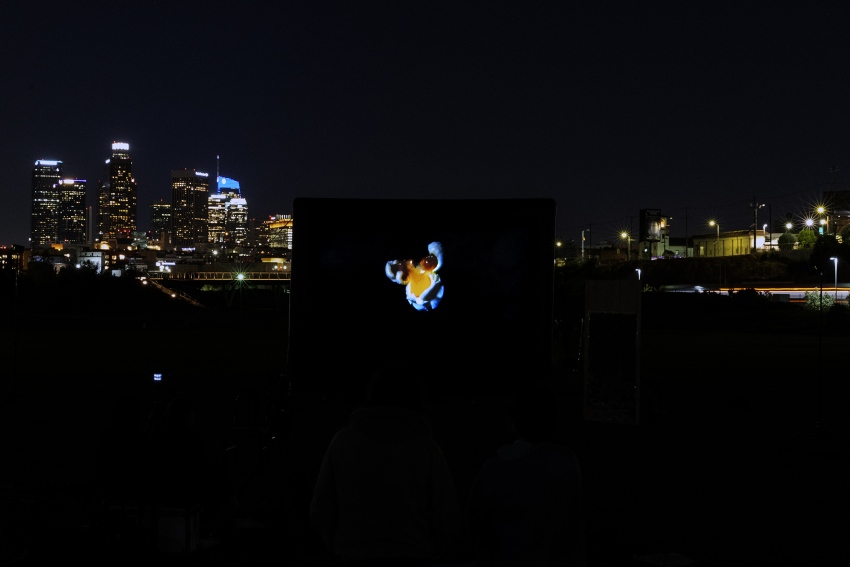 Popcorn is adapted from footage originally presented by the San Diego-based camera company Photron of a single kernel of corn exploding into popcorn over twelve seconds. Shot with a slow-motion high-speed camera that the company sought to promote, the found mini-film was reimagined with a new soundtrack and stretched into Popcorn, a ninety-minute feature film.