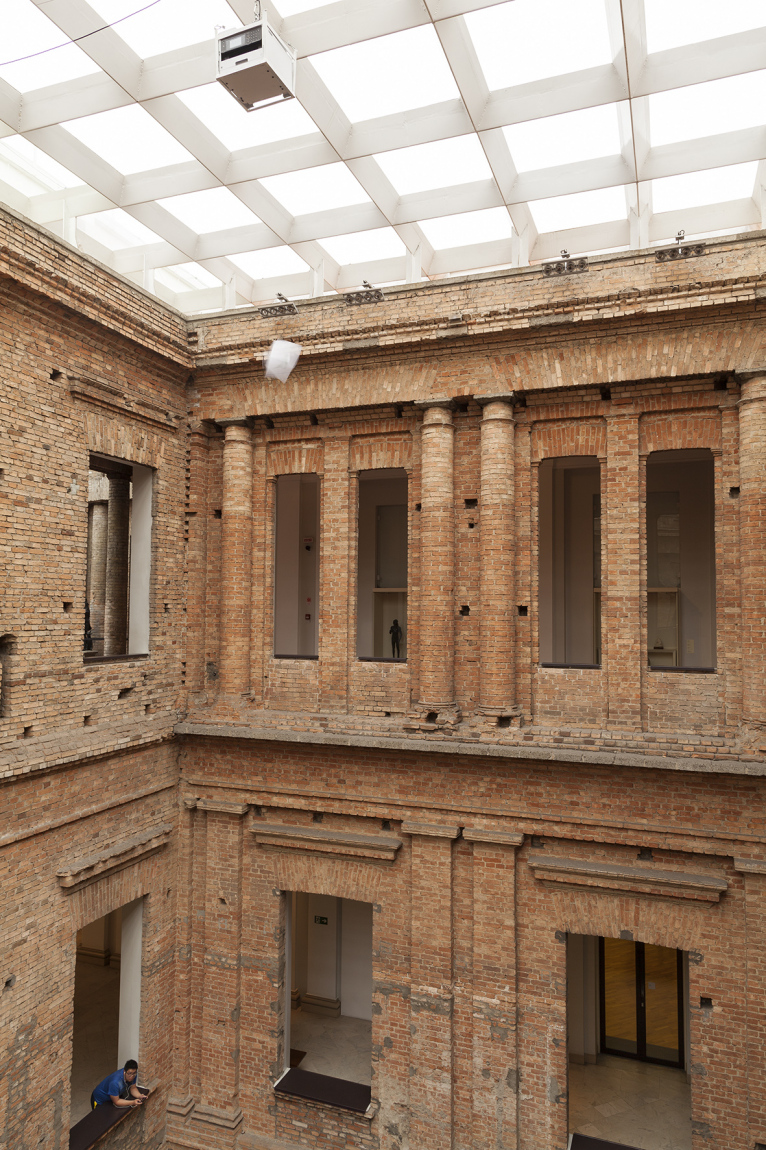 The Pinacoteca de São Paulo museum, managed by the State of São Paulo Culture and Creative Economy Department, presents from October 26, 2019, to February 16, 2020, the show Adrià Julià: Nem mesmo os mortos sobreviverão [Not Even the Dead Will Survive] — the first solo exhibition of the artist to be held in Brazil. The show is curated by Fernanda Pitta, the museum’s curator, and artworks will be displayed on the courtyard and in two rooms adjoining the long-term exhibition of Pinacoteca’s collection, on the second floor of the museum building. The works call into question the implications of the techniques of replication, printing and authentication that directed the flow of images in the early days of photography.

Since 2011, Julià has been researching the photographic and printing experiments by Hercule Florence (Nice, 1804 – Campinas, 1879), who settled in Brazil in the 19th century. He has been interested in the constant failure of the utopic propositions of Florence’s experiments. Florence was one of the lesser-known inventors of photographic processes in the 1830s and was the first one to use the term “photography” to designate printing technologies that use light as their medium. In his Brazilian period (1824-1879), the Monegasque inventor was able, among other things, to reduce the gradual fading of the image caused by exposure to sunlight, by using gold, and not just silver, as other inventors did. Due to lack of resources, he had to use his own urine as a fixative for the image.

Following a similar procedure, Julià presents Exercise for an Overexposed Landscape (#2). In it, an engine rotates a large-scale photograph whose paper was impregnated with gold, exposed to daylight, and fixed with human urine. In the artwork, a system of gears turns the image in perpetual looped motion that completes itself in exactly one day.  Devised for Room A, in the second floor, curator Fernanda Pitta  explains: “Presenting the work in a room adjoining the one dedicated to travelers’ works, the artist remembers the role played by Florence in the narratives about the establishment of Brazilian imagery developed by foreigners in the 19th century, also referring to the implications of the colonizing outlook.”

Room B, in the second floor, houses the video installation The Exceeding Image, which addresses the story of a photograph taken by Florence but never found. According to Florance’s description in his journal this photograph was taken directly from his window at his house in Vila de São Carlos (now Campinas). The image presented a guard in front of the local prison right across the main square. The possibility of one of the world’s very first photographs being this particular scene, as well as its existence only through writing, serves Julià as the starting point for a fictional script where inventor, guard and prisoners dialogue around this event. The script is performed by four actors whose voices provoke a further imaginary reconstruction of the image through language and embodied text.

At the Pinacoteca’s courtyard, the work Fortuitous Encounter consists of printer suspended in the ceiling. The printer is repeatedly printing in an aleatory sequence the image of a hummingbird taken from the defunct 1-real banknote. These type of figurative images commonly used in banknotes contrast with the abstract patterns that Florence’s had unsuccessfully developed in 1830’s for his “inimitable paper” to solve an economic crisis aggravated by the counterfeiting of paper money, a problem that plagued all economies which adopted that monetary system during the 19th century, one of which was Brazil.

Both rooms, thought out as the spaces of the inventor (the engine on Room A) and of the image (the prison on Room B), as well as the “distribution” event on the courtyard, call into question the way in which technical devices shape the organization and flow of images as well as their value in the contemporary world. “It is not by chance that those flows seem to coincide with the early developments of an economy in which value backing grows less and less tangible,” concludes the curator.

This show was only made possible by the support of the Federal Culture Incentives Law, the Acción Cultural Española (AC/E) through its Spanish Culture Internationalization Program (PICE) under the “Mobility” category, by the Hercule Florence Institute and the Cyrillo Hercules Florence Collection.